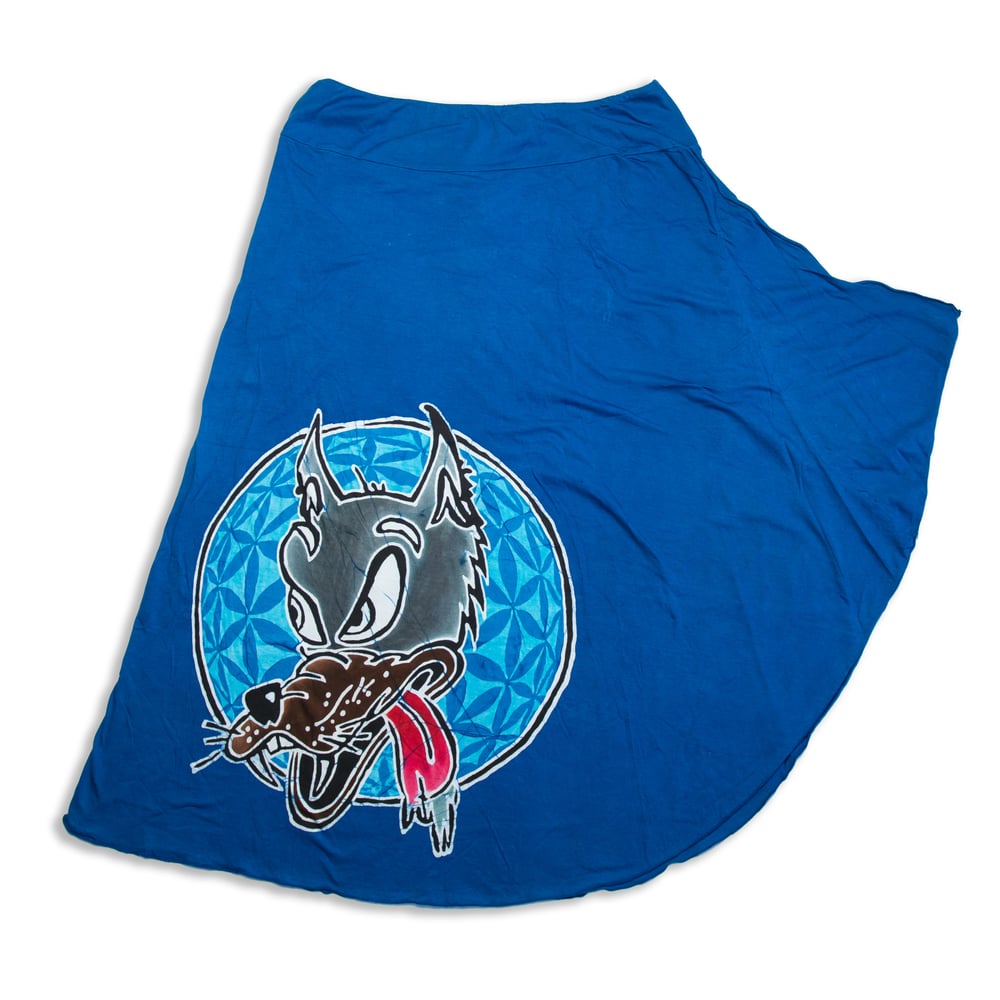 At the end of 1972, Jerry stumbled onto the first guitar Doug Irwin made for Alembic, and bought it on the spot for $850. At the same time he asked Irwin to customize another for him. This was the inception of Wolf. It was made from purpleheart and curly maple with an ebony fingerboard and twenty-four frets. The first version bore a peacock inlay, and later received Irwin’s eagle logo in its place. A bloodthirsty cartoon wolf sticker Jerry placed below the tailpiece served to name the guitar and was later inlaid in the body by Irwin.